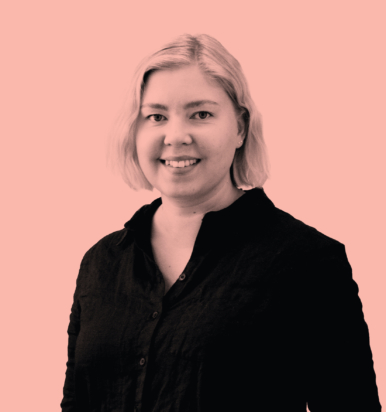 Hopping from São Paulo to Medellín to Helsinki is not the most usual path for anyone, let alone a digital designer. But it has been the winding road for Daniel Motta, who joined DK&A last November as a Design Lead.

Daniel is visibly happy about where he has ended up, getting to design products and services that have a real impact. It is a beautiful thing, he says, to do work that can make people’s lives easier. He sees design as more than our titles and tools. It is a way of interacting and even interfering with the world around us, in a very positive way.

The main inspiration for Daniel to become a designer was his mother. Thanks to her work as an illustrator, Daniel grew up in a home filled with sketches, art books, and all sorts of painting materials. Though he never learned to draw, his childhood surroundings sparked an interest in the craft, and got him to do some digging on his own. He even recalled buying imported magazines from the US and the UK, and discovering a whole different world around design from what he was used to at home. 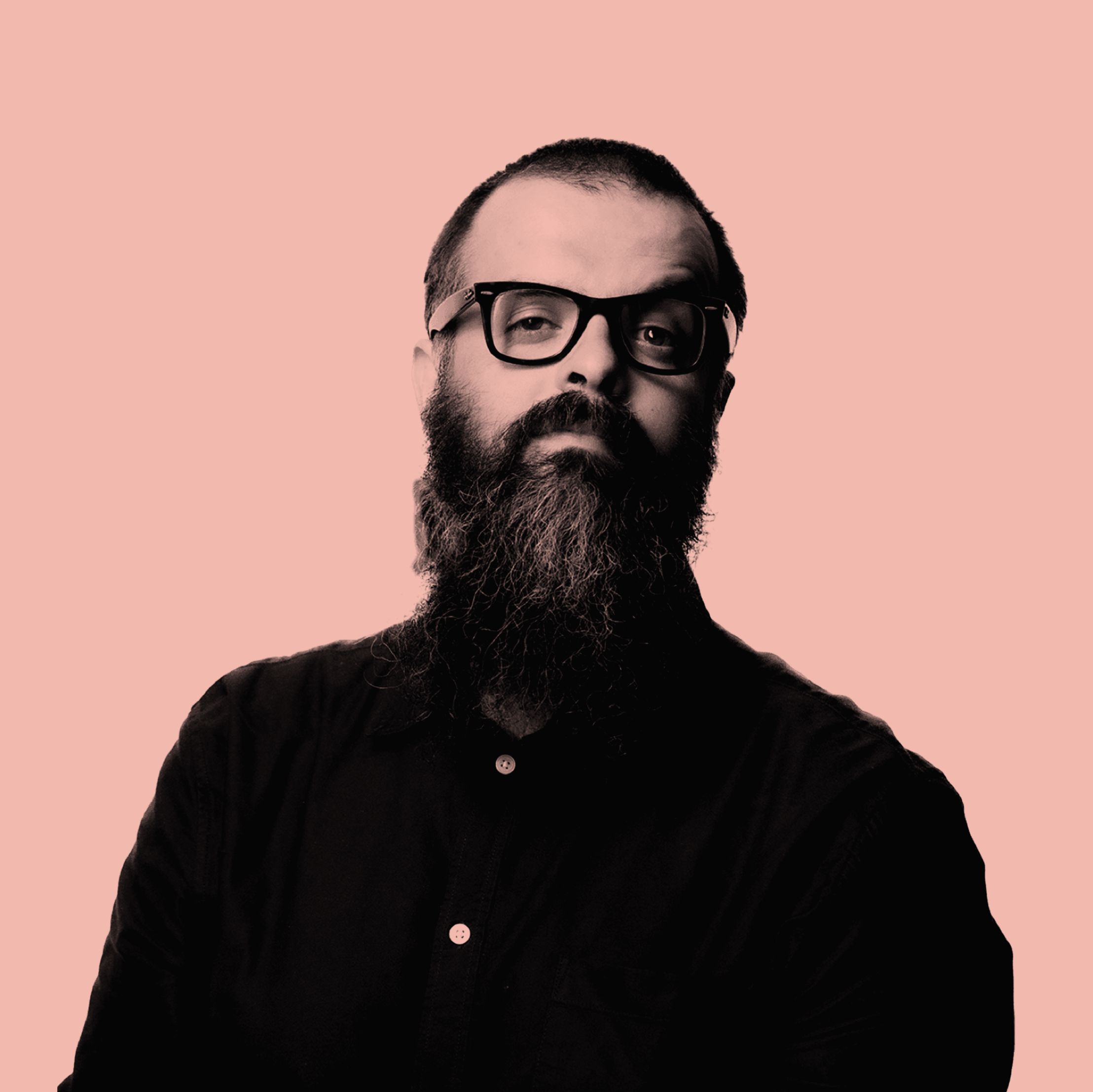 Daniel studied graphic arts and started out in digital design before it was really even a thing, in the early days of the internet. Disillusioned by the limits of the software at the time, though, he moved over to print design, which seemed to hold more opportunities. Eventually, he made his way back to the digital world and founded his own small design studio.

Something that has always guided Daniel’s career is an eagerness to try new things. Whenever there is something new on the horizon that he thinks he would have a shot at exploring, a new opportunity to learn from, he will usually say yes. He believes design forces us to be up to date with the world. As designers, we need to know and care about what is going on around us, or else it might not be the right career choice.

A buzz that never goes away

The quiet. That was one of the first things that Daniel and his wife noticed as they were settling into their new home in Helsinki. For someone used to the intensity of the bustling cities of South America, arriving in our little Nordic capital with winter looming just around the corner was a novel experience.

Daniel was born and raised in Brazil’s São Paulo, which is one of the most populated cities on the planet. Urban, grey, loud, polluted – just a few of the words that came to mind as Daniel reminisced about his beloved hometown. There is a buzz that never goes away, he says, the constant hum of a city that is always awake.

Daniel ran his studio there for several years until he was forced to shut it down because of an economic crisis following domestic political unrest. He found an agency job, but feeling unhappy both with his work and with the general situation in Brazil, he began looking for opportunities internationally.

Finally, Daniel landed a dream position as Design Director at Huge in Medellín. He was tasked with building a design team in the previously tech-focused branch of the New York-based agency. For the next three years, he would successfully manage and grow the design team from 11 to 40 people, and work with clients likes Nike and Google.

As a South American, he was the perfect cultural and linguistic link between his team and the wider Huge network. He had to learn Spanish, of course, but as it is close to his native Portuguese and he was very driven to learn, he was fluent within six months. It was also an important learning experience for him professionally, a possibility to continue developing his design management skills.

Dream job or not, the birth of their daughter led Daniel and his wife Juliana to seriously consider where they wanted to raise their child. As much as Medellín had become their home, Daniel did not believe it was the place they would stay in the long run. 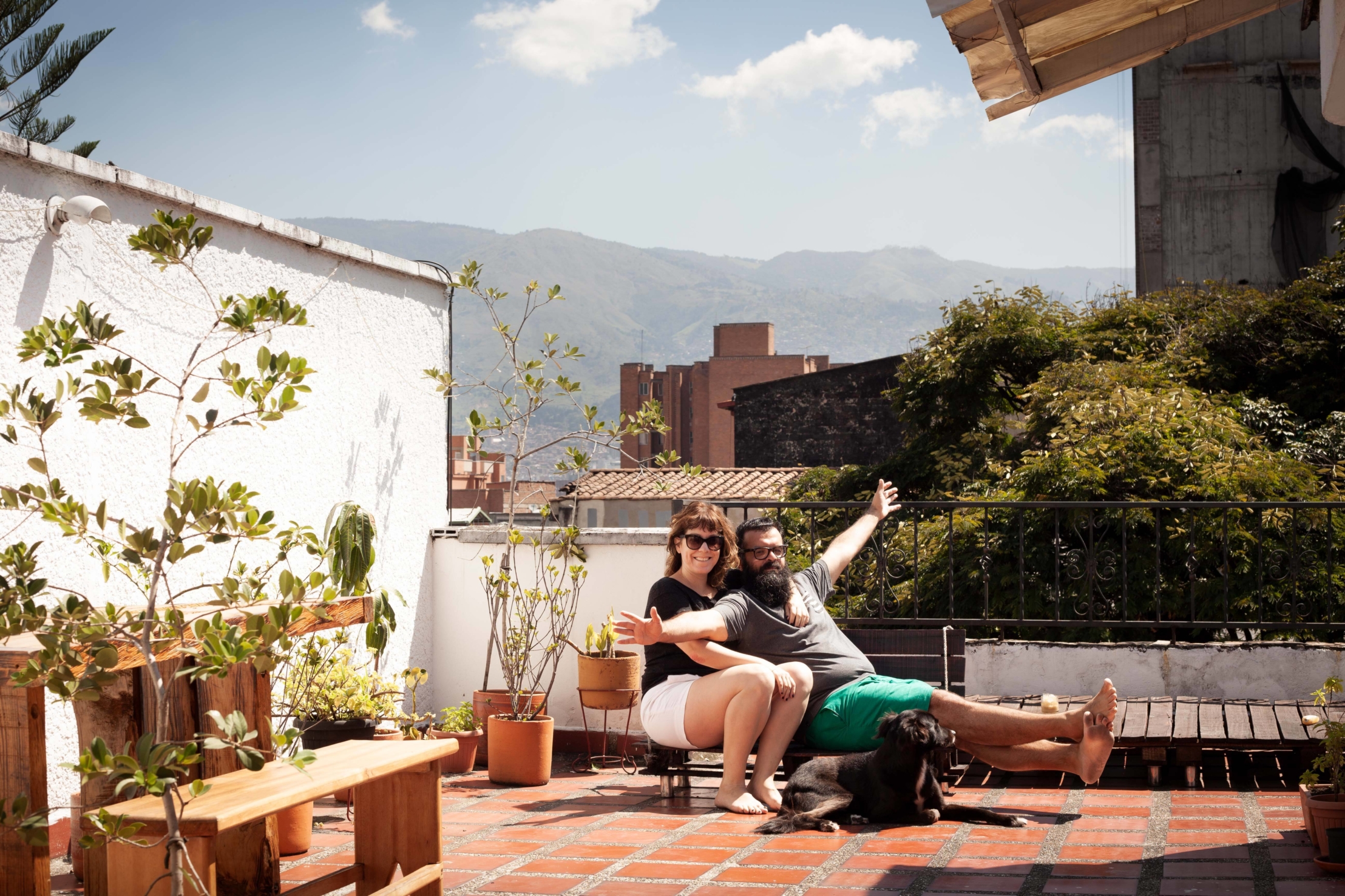 Juliana is a journalist specialized in education and was already very familiar with the public education systems in the Nordics. They knew that was where they wanted to be. Daniel interviewed for jobs in Norway, Sweden, and Finland, until about a year and a half ago he was hired by an agency in Helsinki.

The first few months were very hard, Daniel admits, to the point of questioning the decision to move across continents. The shock of the short and dark winter days did not exactly help. But in hindsight, his small family adapted to life here quickly. Daniel says he keeps falling in love with the city as he discovers new places, from taking the ferry to the old fortress at Suomenlinna, to the old wooden buildings of Vallila and the seaside in the summertime.

And the quiet. Even right in the middle of the city, there was almost no sound to keep you up at night. It was incredible.

But do not mistake the quiet for an absence of activity. Daniel had been missing the community aspect of design for years and was excited to find it again in Helsinki and at work. He loves that there is so much going on, from local chapter meetups and online talks to being invited to join the jury for this year’s Grand One competition. He feels very lucky to have found this community, in this city, he is now pleased to call home.

Keeping up with the design community, both at home and abroad, means there is always more to learn. Daniel’s latest focus has in fact been on learning new ways of learning. Faced with something new, like a new technology or framework, the learning curve can be steep and sometimes daunting. Which, especially for someone who is anxious to learn everything about something at once, can easily lead to frustration and throwing the new thing aside before even properly diving into it.

One such endeavor for Daniel has been learning how to design for voice user interfaces. He first got started about a year ago, but quickly realized the vastness of the effort and hit a wall in his enthusiasm. But now, he wants to get back to studying and is determined to have a calmer, more patient approach. Learning new ways of thinking and doing takes time.

A similar thought came to mind about DK&A. It is a young company that has come a long way in just a few years, and Daniel sees so much potential in the future. Getting to be part of and affecting the course of that journey from its early stages is thrilling.