The Benefits of Happy Workers 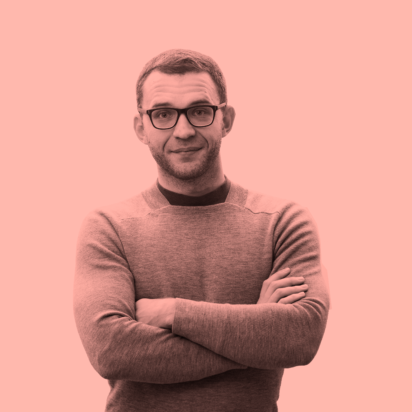 It’s disturbing how quickly the human-centered approach of design has morphed from a trending topic into a distasteful platitude. And as hundreds of today’s design-inspired MBA students are being taught to “fall in love with consumers,” it’s worth revisiting the question of which human beings are at the center of our designs.

The “customer,” or the “buyer,” is undoubtedly the prime candidate. The “end user” is a distant second, playing an episodic role and occasionally dismissed as lacking sufficient influence. Other stakeholders, ranging from a company’s front-line personnel all the way through to the respective government, only rarely take center stage in design considerations.

All this, however, is about to change. Analysts, management consultants and scholars alike are witnessing the emergence of a new social contract in the workplace that establishes employees as an organization’s customers. This means that the needs and expectations of every worker (full-time and contingent alike), should receive the same amount of attention as those of the “person with the wallet.”

This new standard means that a company’s interaction with its employees should be designed with the same level of dedication and effort that customer experience (CX) enjoys now. Employee experience (EX) design expands the concept of the “internal customer” from project sponsors (with sign-off power) to every last person at a company. This shift in perception is significant not only for designers, but also for business executives who have long considered employees as capital (or, in some cases, as an expense).

Companies transforming into more employee-friendly workplaces couldn’t be any more timely. The biggest trigger of the EX turn is the attitude towards work among the new generation of hires. The millennial workforce appears to have ditched the conventional idea of hard work with delayed gratification, leading to a redefinition of employee loyalty and the creation of a whole new set of expectations. Funky office perks are quickly losing relevance, while flexibility, diversity and inclusion win out over fatter wages, according to a Deloitte survey.

Another contributor to the rise of EX is the shortage of talent, especially in developed economies. Germany is reporting a historic high in job openings, while unemployment in the U.S. is swaying around 4 percent — the lowest in decades. All over the world, talent wars are raging in emerging disciplines such as data and tech. In parallel, industries with historically high employee turnover rates, such as retail and hospitality, are now focusing on the potential economic gains of increased worker retention.

In effect, the power dynamics around a given job have flipped: choosy candidates are now  shopping jobs and ghosting recruiters during the hiring process; employees feel fully equipped to manage their careers themselves and are always up for jumping ship; and alumni have ways to publicly rate companies on management and culture. Glassdoor, a website that collects and publishes anonymous workplace reviews, has grown from a simple job-hunting destination into a cultural phenomenon that demonstrates the nature and the magnitude of worker empowerment. By continuously democratizing access to previously privileged HR insight, such as salary comparison and a candidate’s worth in the market, the billion-dollar service is crippling corporations’ efforts to woo recruits.

Over the past century, HR management has been shaken up by a number of drastic changes in the employee-employer relationship. The push for productivity, fathered by Frederick Taylor, dominated during the industrial era. The elusive goal of eradicating labor inefficiency was approached in a command-and-control fashion, with employees treated as assets to be ordered around. Treating people as property, oddly, did not inspire increased productivity.

Employee engagement, a management construct that came into vogue at the turn of the millennium, attempts to boost productivity by drawing attention to two key components: employee involvement and commitment. Engagement advocates believe that an organization’s relationship with its employees can be quantified and measured, leveraging infamous annual surveys as a means for collecting feedback. At the same time, their new operational principles for lifting business performance are not all that different from Taylorism (or “Tayloritis”, if you prefer). Initiatives for improving workplace culture and environment are still designed and implemented in a top-down, paternalistic way and rarely go beyond free snacks, foosball tables, and dog-friendly offices.

The results are as unimpressive as you’d expect: only a third of U.S. employees are considered engaged, according to a 2017 Gallup study, and the global rate is as low as 15 percent. The effect on the bottom line is enormous: in the same report, Gallup estimates that active employee disengagement (in its severe, hostile variation) costs the U.S. economy some half-trillion dollars in annual loss.

In sharp contrast to the ideas of Speedy Taylor, EX design frames an employer as a party that gains access to an employee’s capabilities. Accordingly, it puts a premium on values that go far beyond monetary compensation, on the purpose and meaning of work, on learning, trust, and happiness.

In addition to a serious shift in mindset, EX transformation also requires overhauled tools and principles. Chief among them is (you guessed it) the human-centered approach — exploring employees’ real needs and wants in order to develop nuanced, tailor-made tactics to address them. A complex focus on the Big Three: culture, tools and environments — allows the entire plethora of integrated EX components to be managed as a coherent whole.

Finally, the process orientation of EX design aims to replace the business-driven focus on rigid org structures and fixed roles. In a way that’s similar to the design of customer journeys, touchpoints are orchestrated across the end-to-end employee life cycle, which starts well before the contract is signed and continues beyond its termination.

The Holy Grail of Service Design

Unlike its older experience design counterparts (UX and CX), EX design has no shortage of hard facts supporting its business case. A recent Accenture study, for example, concludes that companies excelling in EX outperform the S&P 500 index by a sizable margin — 122 percent. MIT research has also shown that organizations with top-quartile EX achieve twice the innovation and profits that were 25 percent higher than those in the bottom quartile.

The strong correlation between EX and CX is another recurring motif that reiterates a truth bordering on common sense: happy employees take better care of customers. It’s no coincidence that the Dutch financial giant ING is not only pioneering EX transformation in Europe but also leading the ranks in customer satisfaction in retail banking. EX design is also taking off at design natives such as Airbnb, at corporations in tightening labor markets, like Cisco and GE, as well as in indie team who seek a competitive edge with recruits and span geographic locations and industries.

The effect of granting employees a more prominent role is way bigger than just rediscovering an overlooked stakeholder. At the very least, it provides new levers for creating efficient and pleasant experiences that forge lasting customer relationships. Its full potential, however, becomes apparent when an organization’s employees are seen as a reflection of its corporate DNA. This is when EX design has the makings of a holy grail of service design — a bridge connecting tangible customer experiences to the brand and strategy at the heart of an organization.

DK&A was founded on the premise that our embrace of EX and
craftsmanship culture was a crucial link between strategy and customer. In April 2019, we won the national Employee Branding Kreator award in Poland for our
2018 Employee Christmas Surprise. Get in touch to learn how you can use EX to drive your impact.

There’s only so much we can say on a website and we would love to learn about you. So reach out and let’s talk. We’re very friendly people.