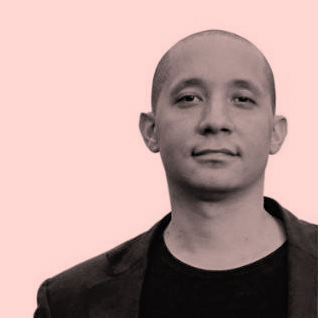 “Oh I see, so it was the chicken that came before the egg,” discovers little Dexter. He is in a dream in which his biggest ambitions are becoming a reality. He is becoming more and more intelligent. Eventually, he learns so much that he knows everything. Everything!

But then Deedee, his dithering sister, shows up in his dream. She says, “Oh yeah? If you know everything then do you know the purpose of meaning?”

This scene is playing out on a television screen in the home of eight-year-old Kacper Lenczuk. He’s watching an episode of Dexter’s Laboratory, a famous cartoon from the 90s about a boy genius and his sister. The structure of the show is almost soothingly predictable — Dexter comes up with a complex invention that will propel him towards some kind of self-serving goal, only to invariably be foiled by the incompetence of his sister. In this case, he had created a dream machine to make sure his slumber was peaceful, but already it seems like his sister is causing problems. 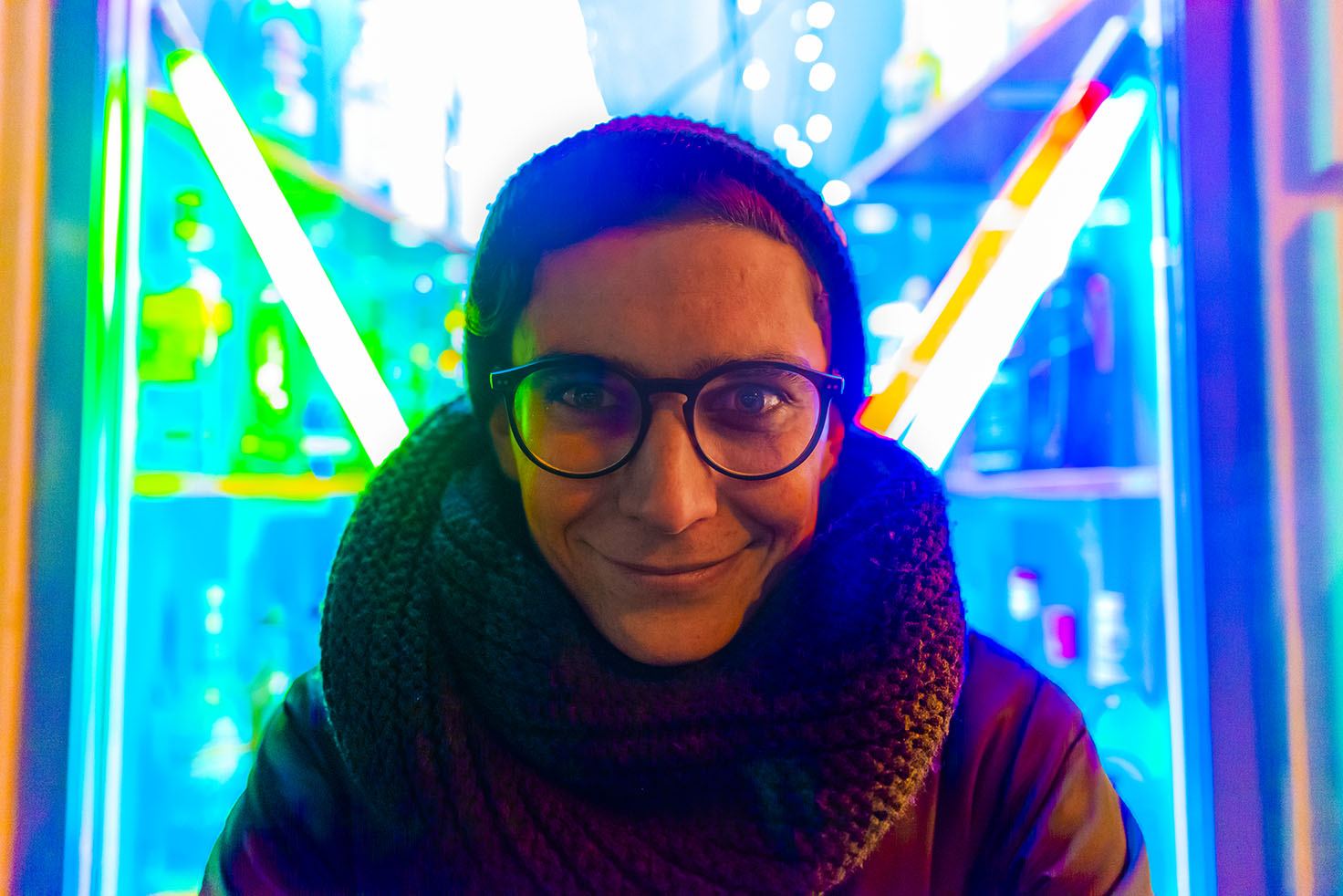 “Mmm…” Dexter concedes in the dream. “Okay, I know everything except that.”
Soon the dream spirals into a nightmare. In a classic Jungian dream sequence, Dexter is stripped naked — only a fig leaf protecting his tween dignity. Bizarrely, and almost a little traumatically, the episode ends. The credits roll and we are left to wonder what will happen to Dexter.

“That’s what design is like,” the now fully-grown Kacper snickers. “You create this perfect idea and then reality (read: Deedee) ruins it.”

But the show, and others like it, are significant for him beyond the simple allegory. “I was raised by cartoons,” he muses, thinking about his childhood. His parents were often busy with work so cartoon network did a lot of the babysitting.

Kacper admires those 90’s cartoons for how they expanded his conception of what he calls “world building.” For him, cartoons are not just colorful distractions for children, they teach lessons about precision, character development, and the outer limits of design theory. No other animation movement exemplified this better than cartoon network, the producers of Dexter’s Lab.

Before Cartoon Network disrupted the cartoon industry, cartoons were very static. The animation standard of the day was known as “limited animation” — a style in which people did not redraw entire frames but instead reused common parts between frames, as seen below. The technique was seen as a major cost-saving measure — often at the expense of quality.

When shows like Dexter’s Lab, Cow and Chicken, and I am Weasel came onto the network, they proved it was possible to create rich animated scenery. There were more frames and the backdrops were reminiscent of some of Disney’s landscapes. What’s more, the characters would learn and grow by going on audacious adventures that might not amount to a change on an episode level, but as the years passed, they would subtly progress. “Over time you can build a world, a system that works together, not an unconnected mess,” Kacper says. “In a show like Venture Bros, for instance, even tertiary characters eventually had fully developed backstories.” On an unconscious level, he was also learning about the value of investing in perfection (and the folly of cost-cutting).

Similarly, Kacper’s story is one that required several seasons and adventures to unfold into an arc. His earliest memory is of his parents and their friends kayaking down the stairs of his family’s home. This kind of hijinx were common in his family. Both his parents were students when they had him, living in a building with other young parents and not much younger children. Kacper learned to ski, for example, when he was just three years old, on a trip that morphed into a Venture Bros episode. “The way to learn to ski is to go up a mountain with your father and wait for a blizzard,” Kacper giggles, “and be forced to figure it out.” By the time the pair had descended the mountain, Kacper could confidently declare himself a skier.

Throughout school, he played a dizzying number of sports including tennis, volleyball, snowboarding, and rollerblading. “I like doing stuff — I feel depressed when I’m not doing stuff.” He broke his arm by age ten and would go on to break the second one within a few years. “But I had fun!”

Looking back, he can identify a pattern in his behavior. He tended to quit half-way when he felt he couldn’t master a skill fast enough. “If something is not meeting my standards of perfectionism, I leave it.”

A pivotal moment in his childhood came one afternoon when he went grocery shopping with his parents and brother. His father asked what he would like for Christmas. Impulsively he said he wanted a computer, convinced he wouldn’t get one. To his surprise, his parents brought one home for the family. He remembers the sense of wonder of having changed an image in Paint and making that his wallpaper on his Windows 95 PC. “This was the start of an amazing journey with computers,” he says, channelling the spirit of Dexter, the boy genius with a lot of time and a big brain. Given all the free reign his parents gave him to play and experiment as a child, his passion soon blossomed. “If you have a computer at home and you are bored, something is going to happen.”

In high school he worked for a lifestyle magazine, writing articles, attending concerts and helping create digital products that had hitherto been unprecedented in Poland. As a teenager, he turned his gaze to social issues by creating two award-winning documentaries. The first focused on Polish misgivings about joining the EU — it took him to far-flung rural areas where he interviewed people wary of the decline of Polish culture at the hands of Brussels bureaucrats. The second investigated the impact of a Polish law that prevented informal traders from selling their wares on the street.

At university, communication design whet his appetite with a foundation of design theory and history. But it was only when he went to Norway on an Erasmus program that he got hands on experience.

As If By Design

Design seemed to satisfy a long yearning for perfection. Whereas as a child he hated crayons because “you can’t draw perfectly straight lines with them,” design software gave him precision down to fractions of a millimeter. His early professional life involved freelance odds and ends and work with a crowdfunding portal as well as a branding agency.

A project he found particularly inspiring was Opera Mini. Finding it felt like the satisfaction a hiker might feel after traversing the Himalayas to find enlightenment in a hidden temple. The project appealed to his deep-seated value of service. He helped design the browser for an emerging market of mobile first communities (people whose first experience with computers is a mobile device). “I have a strong feeling that righteousness should prevail,” he says. Being able to contribute his talents to a group of users who would meaningfully benefit was very satisfying. But he also learned how hard it was to fight for idealism in a real world project.

He acknowledges that professional life hasn’t always been a Power Puff Girls episode. Sometimes he cannot choose clients who are going to vanquish evil somewhere in the world. Some are just going to make products that make rich people marginally richer. Some ideals will have to be compromised. But over time he has come to a greater sense of peace about that reality. And, significantly, he is committed to sticking with design nonetheless.

It’s that time of year when school photos are going to be taken. Dexter, of course, is not content to have his ordinary face caught on camera so he invents a “handsome face machine”. The device makes him beautiful, teeth as white as the center of a supernova and a jaw so angular you could make brick molds out of it. But as he poses under the harsh photographer’s light, his face melts.

Cut to Dexter’s living room. Dexter and Deedee are showing their parents the pictures. Dexter, in classic animation erasure, looks normal again. But he is ashamed of his silly picture (a melted blob).

The episode, to the untrained eye, looks like just another of Dexter’s plans failing. But something else is happening. Unlike in other episodes, Deedee was not the one to confound his plans. This time it is the futility of his invention that brings the revelation. “I was trying to be someone I’m not,” he admits. “But now I know, that if you just be yourself, everything will be A-OK.”

Yes, Dexter in the episode had learned a lesson, but more importantly, Dexter as a character had grown an inch. 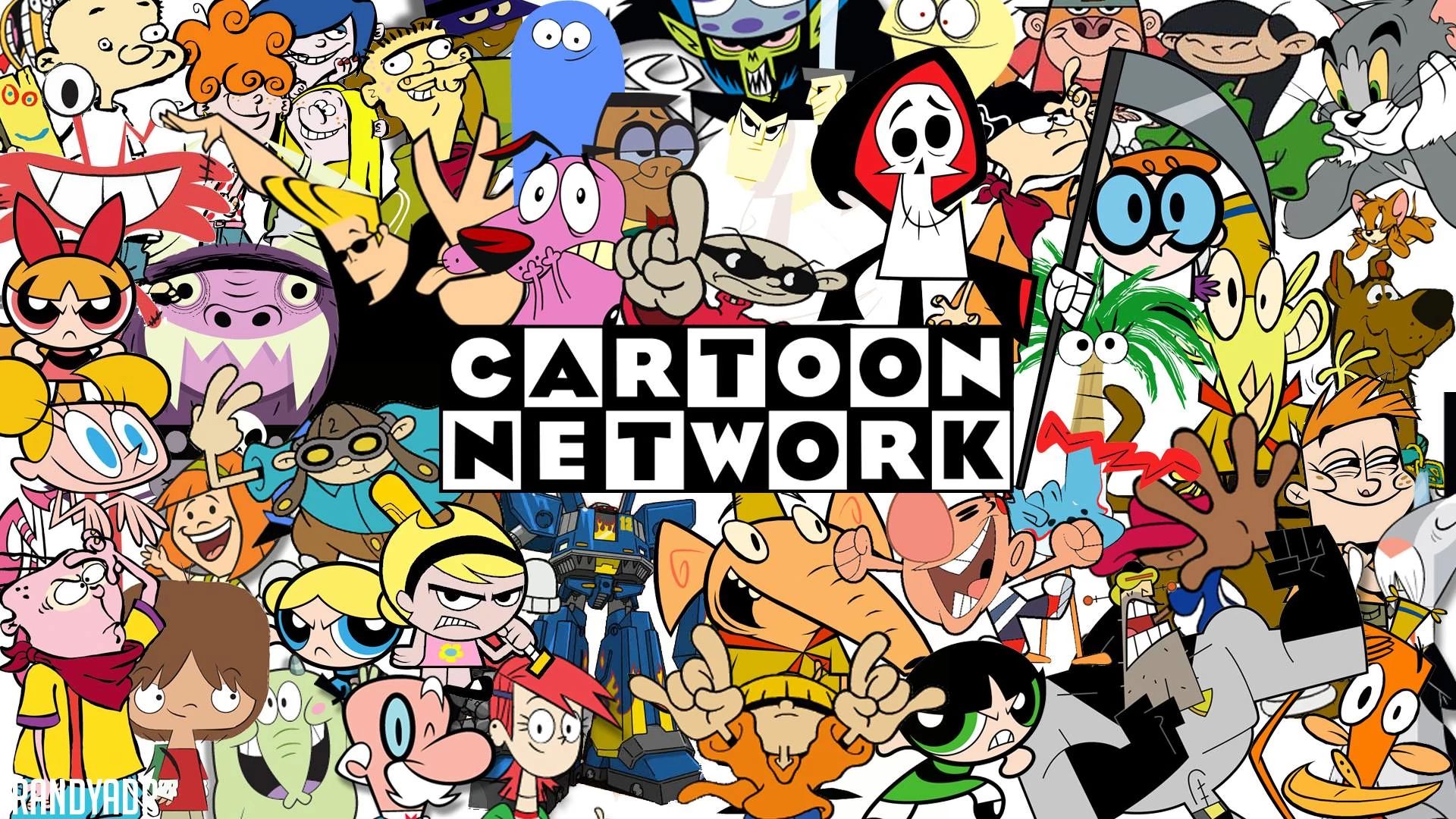 Kacper reflected on shows like Dexter’s Lab and how they impacted a generation. He saw their effect distilled in the next generation of Cartoon Network shows like Adventure Time, which embraced ambitious experimentation and found a voice which appealed to an adult audience. Kacper smiles, “These were cartoons where characters grew up. This is where I grew up.”

The life of Mateusz Szlosek was the butterfly effect in action. His story included the distinct impact of a single event that set the conditions to his career as an engineer, his eventual work at DK&A, and the unpredictable flourishes of his skillset.